Well, we have officially ILLUMINATED THE WALLED CITY!

Thank you so much to the audiences who braved the elements and came out to experience the history of Derry being brought to life through the amazing visuals and projections and our own live animation.

We were delighted to team up with Visual Spectrum on this, to help to bring to life the sites at Castle Gate & The Fahan Embankment.

We knew when one of the sites had a Viking attack in the projection they had come to the right gang! So, we rallied up some of the best Fire Artists in the country and brought in Students from the University of Ulster @ Magee's Performing Arts Course to help bring The Island of Derry to life. 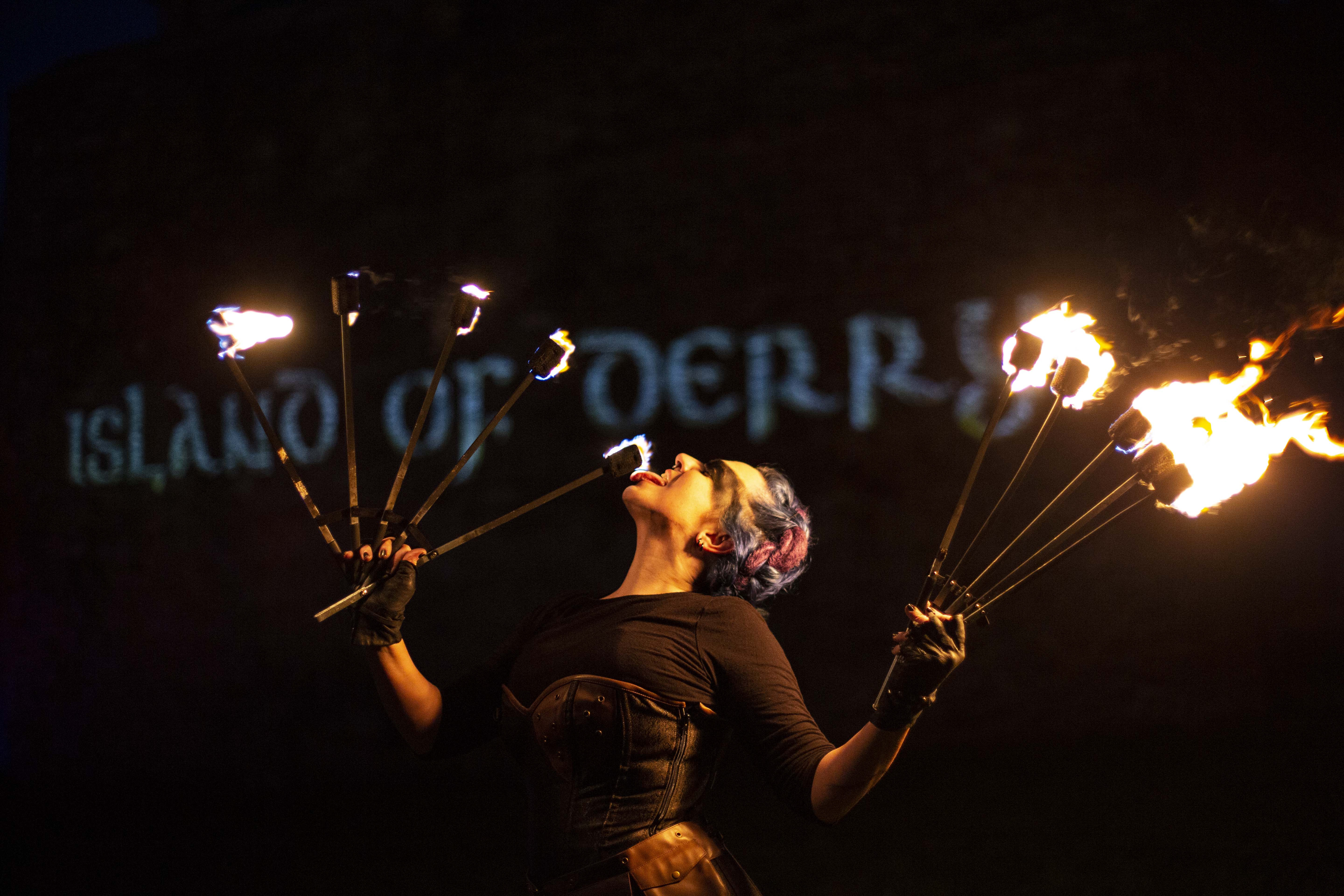 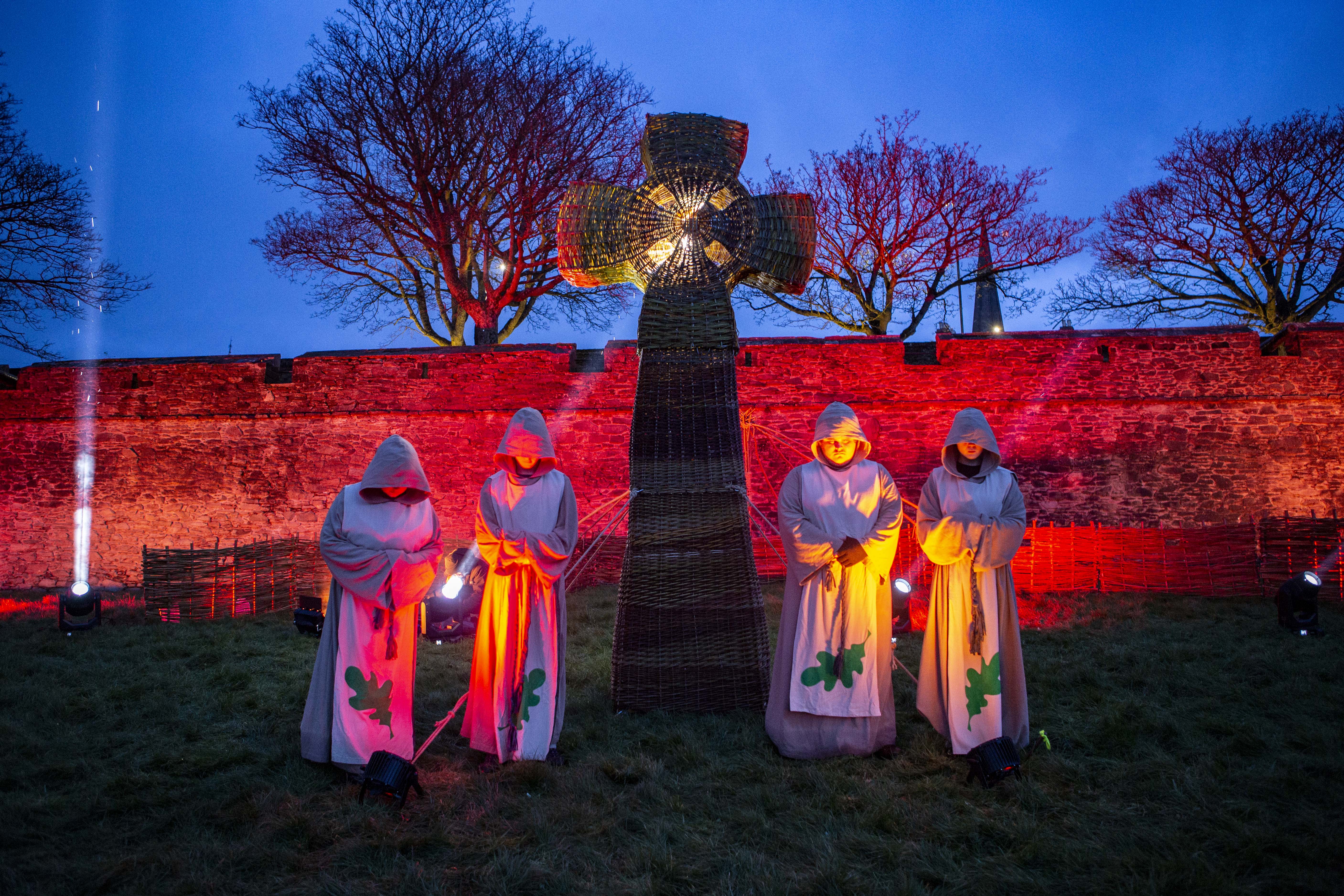 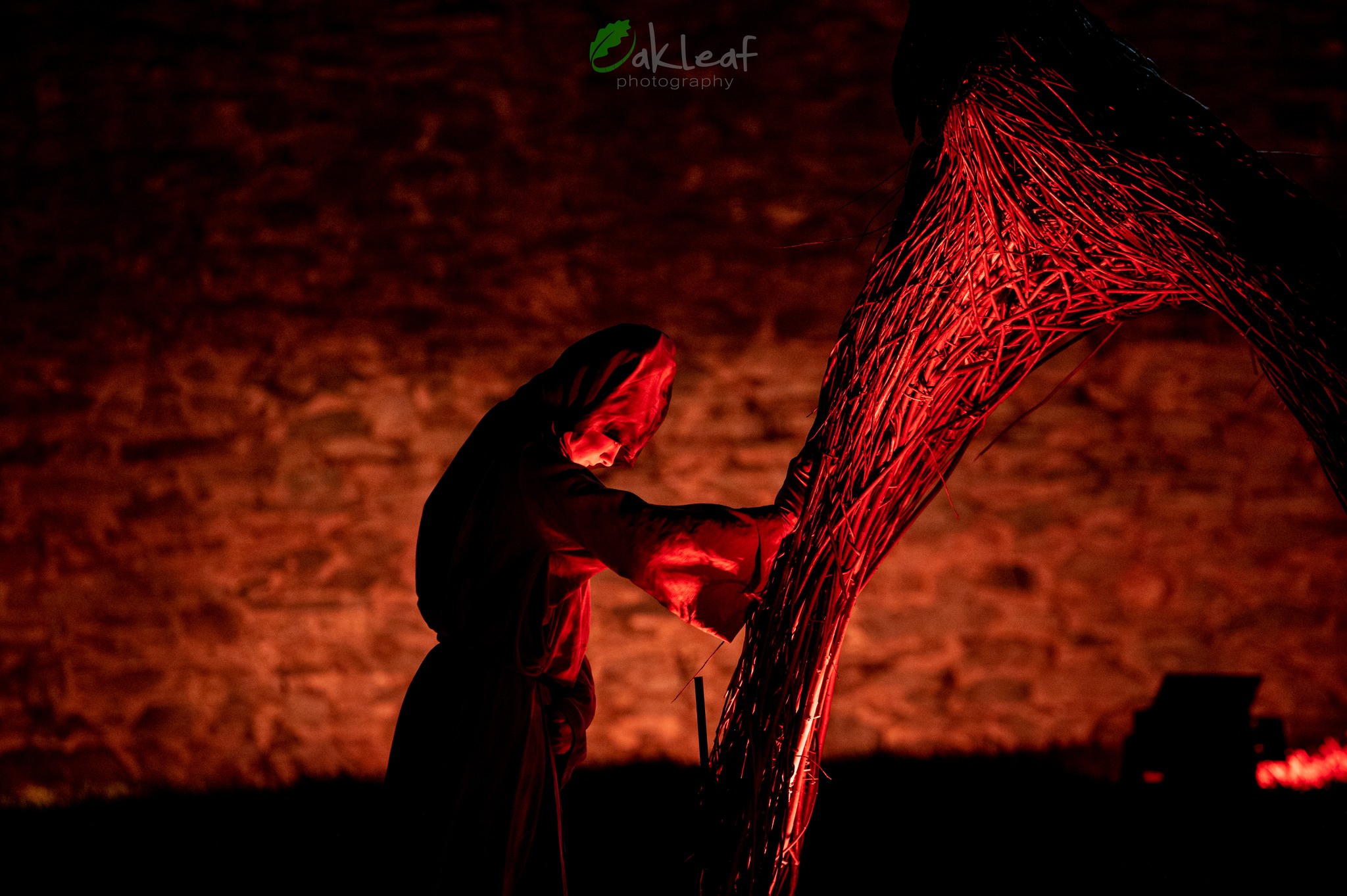 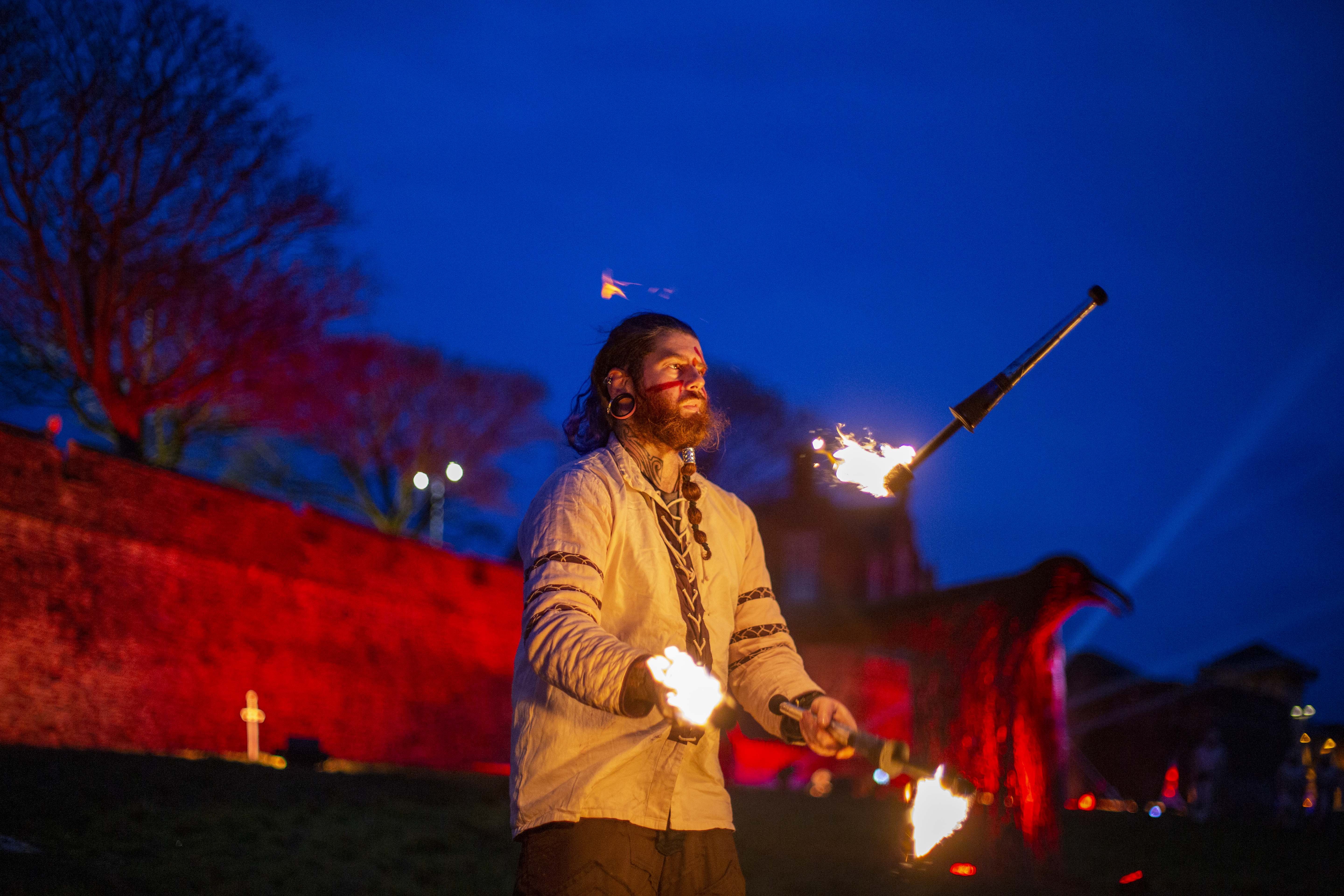 The production at Castle Gate was something very different for us! Our street theatre performances are usually very colourful and wacky, with fun at the core, and now we were tasked with recreating the closing of the famous Derry Walls to aninmate the stunning projection show and re-create the siege.
Challenge accepted!
Our approach here was to use our usual brand of interactive and high energy performance to create the world of the siege which audiences would, unbeknownst to them, step directly into. And we were thrilled with how this turned out. 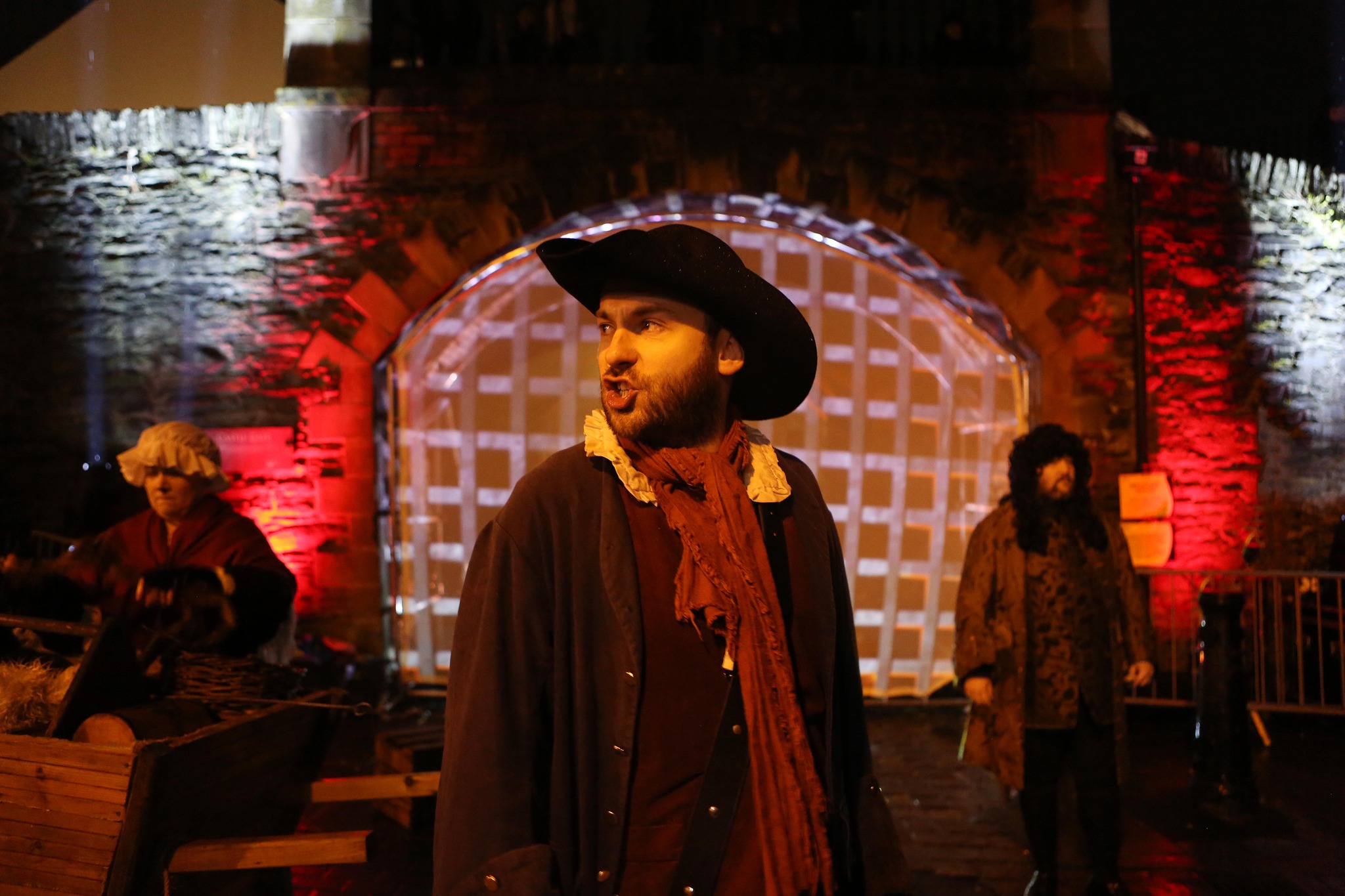 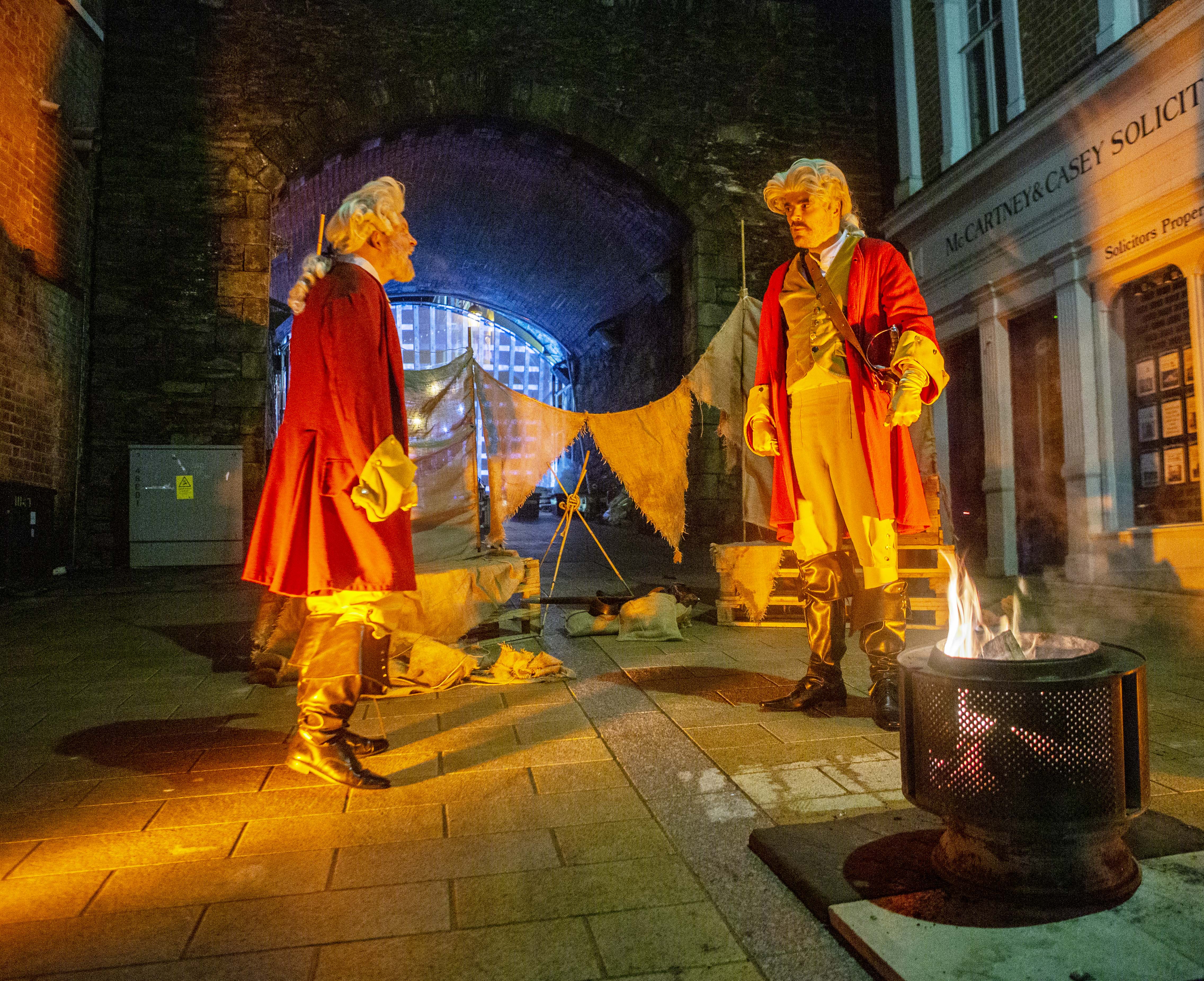 A big thank you to all our artists, crew and makers who worked tirelessly on this (through wind, hail & snow!)

And a HUGE thank you to Visual Spectrum for working with us. Those guys are a force to be reckoned with...

Stay tuned for the full 'making of' documentary! 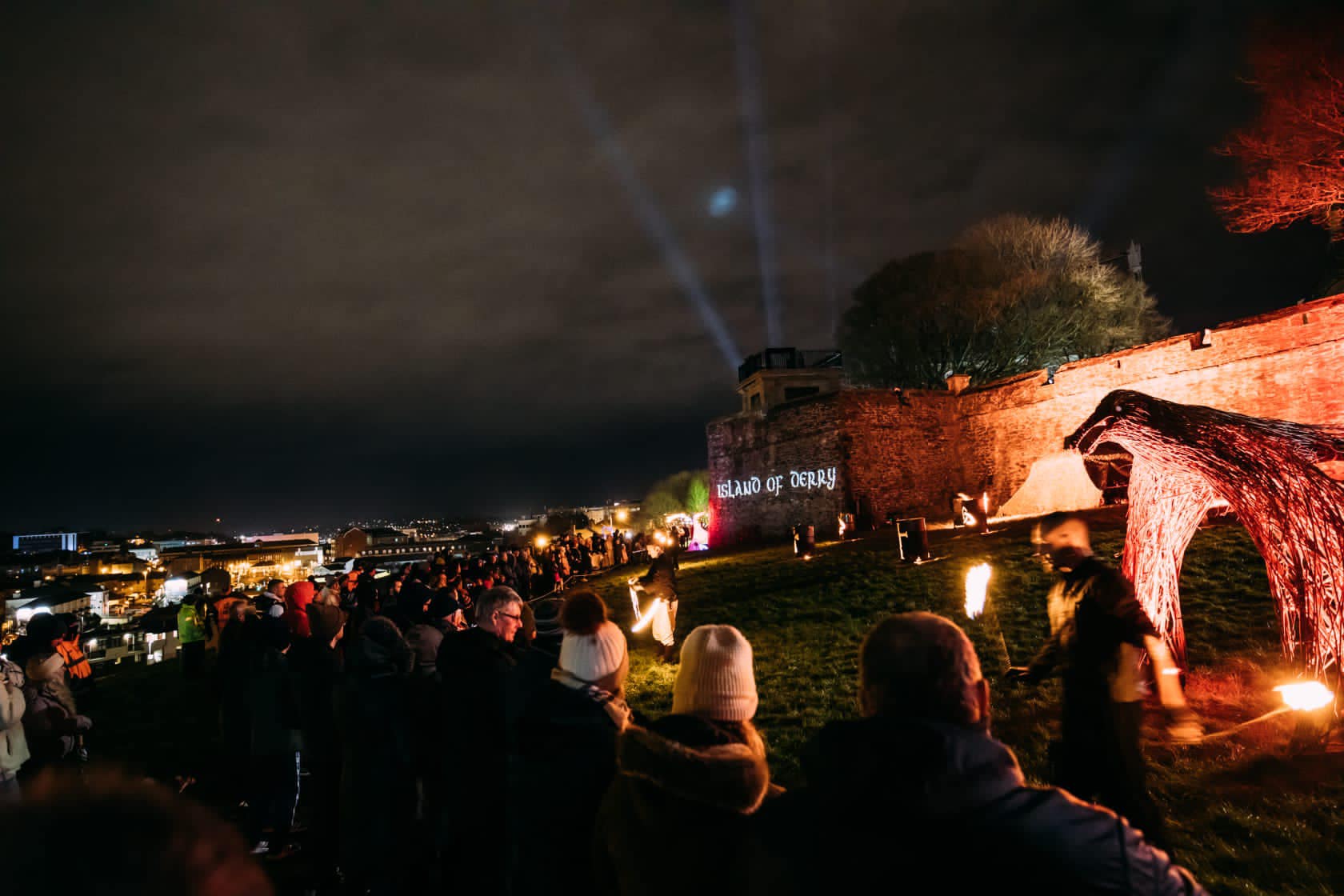