The performances begin a year-long project where Compagnie XY will collaborate with In Your Space Circus, Circusful and local artists to create a new work for 2023 inspired by the achievement of Northern Ireland citizens in sustaining 25 years of the Good Friday Agreement.

In Your Space Circus was delighted to be a part of the amazing experience of
bringing Compagnie XY to Derry~Londonderry for Les Voyages. 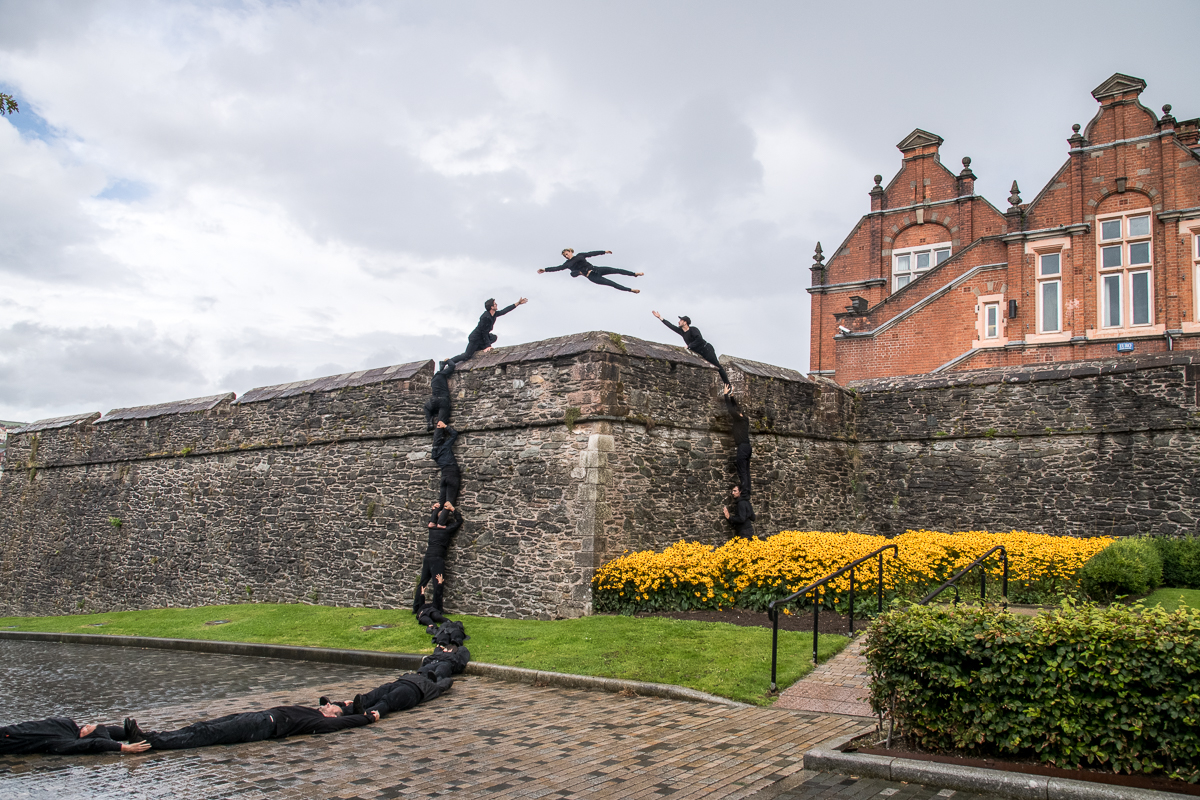 LesVoyagesDerryLondonderry is an Imperial War Museum London #1418NOWLegacyFund commission in partnership with Ulster Presents at Ulster University, co-produced by In Your Space Circus in association with Circusful.

Compagnie XY, the French collective troupe (involving world-leading acrobats), came to the city in September 2022 and performed pop-up,
un-announced intervetions across the city with unsuspecting members of the public. From the city walls and local parks to shopping centres and street corners, on the cityside and the waterside, they first appeared on Tuesday 6th September and continued to pop up across the week...
all leading up the The Grand Rendezvous - a spectacular performance in St. Columb's Park on Saturday 10th September. 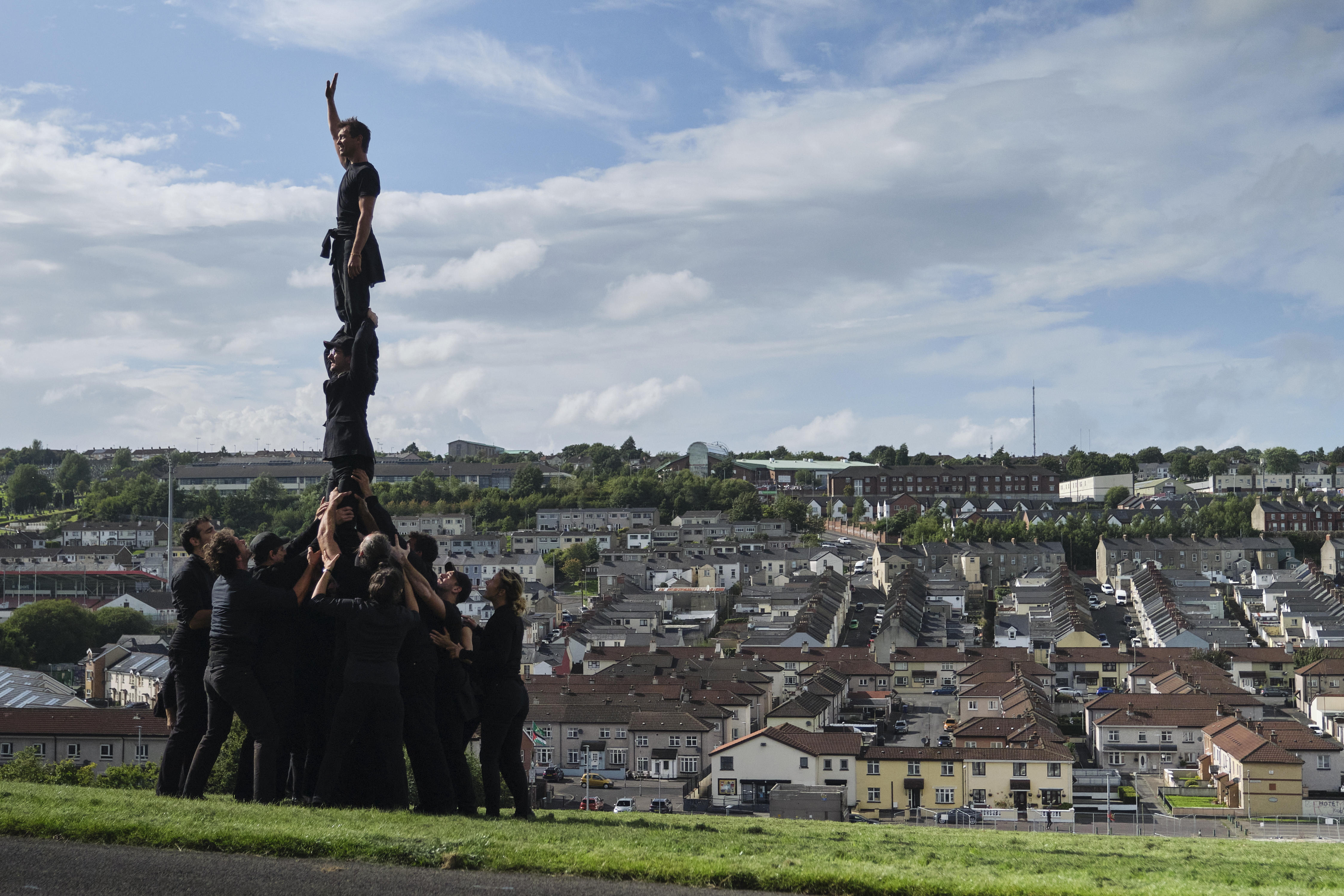 It is hard to put into words the incredible experience of #CompagnieXY's Le Grand Rendezvous.

The performance involved the troupe of acrobats interacting with the people of the city, exploring incredible feats of the human body, resilience, trust and connection. Thank you to everyone who took the time to come out and see this.

It was such a unique, emotional and memorable experience and we are so proud that IYSC was a part of this, and to have shared it with the City! 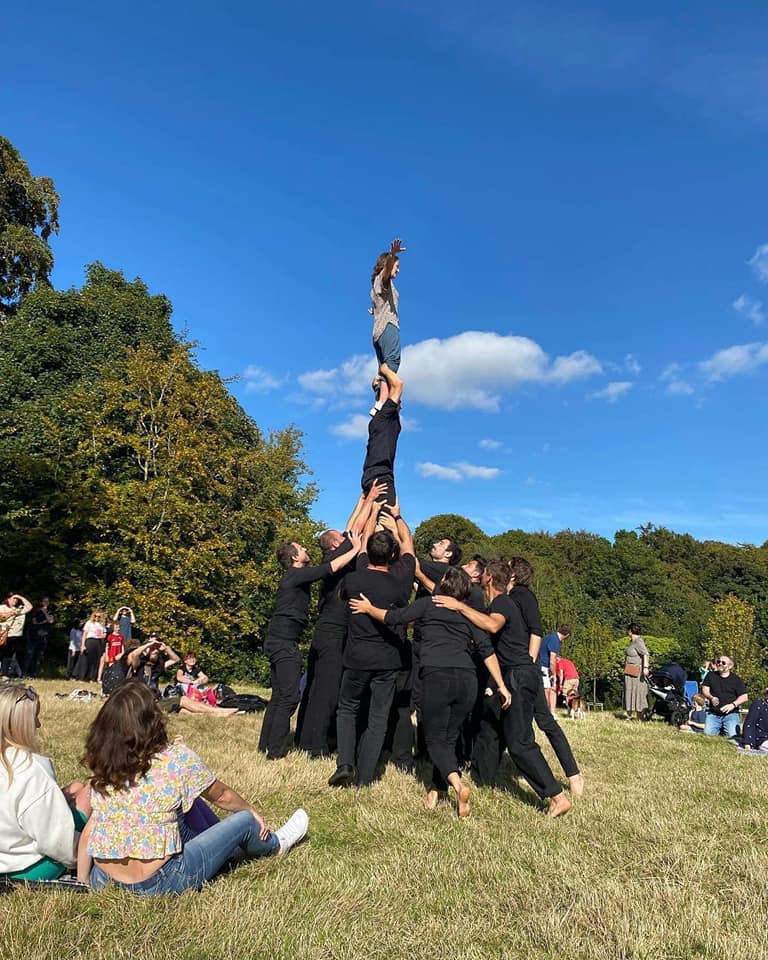 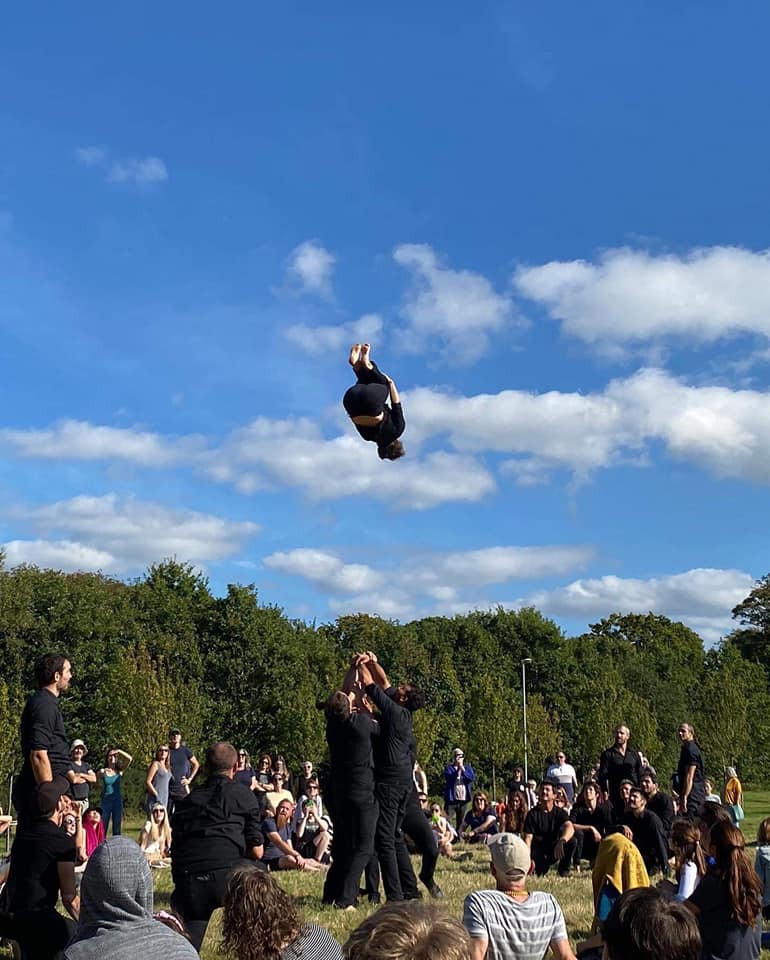 And we are so thrilled that for IYSC this is just the beginning of an amazing collaboration!

Les Voyages – Derry-Londonderry is part of the IWM 14-18 NOW Legacy Fund, a national programme of 22 artist commissions inspired by the heritage of conflict, created in partnership with Imperial War Museums (IWM).

The performances begin a year-long project where Compagnie XY will collaborate with In Your Space Circus, Circusful and local artists to create a new work for 2023 inspired by the achievement of Northern Ireland citizens in sustaining 25 years of the Good Friday Agreement.

Created in partnership with Imperial War Museums, this artwork commission is part of a new initiative continuing the vision and reach of 14-18 NOW, the official UK arts programme for the First World War centenary. The IWM 14-18 NOW Legacy Fund has been made possible thanks to the success of Peter Jackson’s critically acclaimed film They Shall Not Grow Old, co-commissioned by IWM and 14-18 NOW. A share of the film’s royalties – £2.5 million – will see investment in artists and arts experiences as IWM partners with 20 cultural organisations and 22 artists from across the UK. The fully funded commissions will each be inspired by the heritage of conflict.

To keep updated on Compagnie XY activity with us over the course of the next year, sign up to our newsletter HERE

To find out more about the IWM 14-18 NOW Legacy Fund, visit the website HERE